When my daughter turned two, she was given a beautiful alphabet book.  The book is small, for small hands, has die cut letters and bright colours.  Until then, I had always translated books on the fly from English to Spanish, but it is not the same to translate a story using the images to translate only a single word.  I could not say “G” is for garden but in Spanish it is “J” for jardin.

I tried finding alphabet books in English and Spanish, but none of them caught my attention enough to buy.  I had to search a bit better.  So in the meantime, I created the animal alphabet colouring pages using animals that start with the same letter in both English and Spanish.  Then I thought “why not putting these little animals into a book? Maybe, many other bilingual families are having the same problem”. 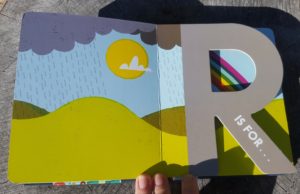 This is how I turned my animal alphabet colouring pages into a book.  Just before sending the file to print, and with the help of very good friends, I realised that the book was missing “something”.  I realised that if kids where going to enjoy this book, it had to be a bit more fun and not just have the animal sitting there doing nothing.  How boring!  So, I decided to write ther third Millie book and leave the alphabet book for another time.

One day, I Heard my daughter say “P for daddy”, instead of “P de papá”, “P for dog” instead of “P for perro” and I almost had a heart attack.  I know that this is mostly because, living in Australia, her stronger language is English.  This was enough for me to think again about that alphabet book.  Time to go back to drawing!  Everyday, after work, dinner and putting the little one to bed, I would set up one hour to draw my characters.  Thank Goodness I have a great husband and we are a great team! 🙂 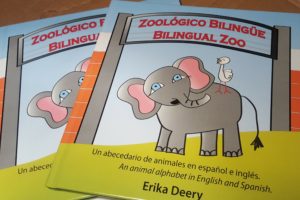 I have to say that now, I am very happy with the result.  I hope this is a book that you and your kids enjoy reading together.